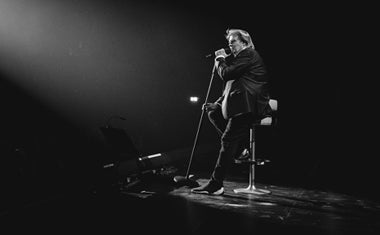 The success figures of the South African singer and composer Howard Carpendale speak for themselves in his long career: over 50 million records sold, 17 top 10 albums, 700 songs produced and Carpendale has also received all the major awards of the music industry. This success is the work of an artist who, over many decades, has succeeded in repeatedly meeting the zeitgeist with his songs and thus steadily expanding his fan base.

Carpendales' career began more than 5 decades ago when jazz legend Paul Kuhn produced his first single "Lebenslänglich" with the then 20-year-old at the Hansa Studios in Berlin. This anniversary was the idea for his new show concept, which the passionate entertainer presented last year. Fans of the South African can look forward to the rich sound of a 20-piece band paired with atmospheric show and light effects and hits from 50 years.